Robert J. Sawyer has won so many awards for his books, it’s hard to keep track of them all! But I think the best one was given to him at the Aurora Awards the first weekend of October in 2013: He received the Lifetime Achievement Aurora Award. Pretty spectacular! His books include Flashforward, The Neanderthal Parallax trilogy, Triggers, and Red Planet Blues, just to name a very tiny few. I heard him give a talk at the Museum of Science and Tech on Neutrinos, and the first weekend in October 2013, I got to speak with him one-on-one. I turned beat-red and couldn’t find my words. It was hilarious, looking back on it. But then? I wished I could dig a hole in the ground. I hope I will do better next time, because, seeing as he comes to Ottawa to give talks fairly often, there will be a next time! 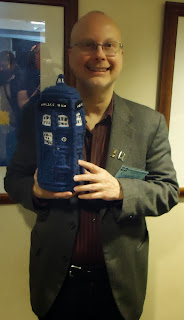 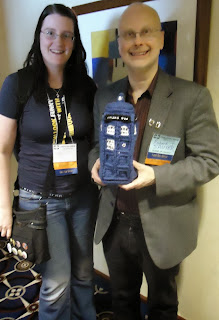 Last picture from the Canadian Museum of Science and Technology! Next week, we are going a little exotic – another continent type of exotic!
The TARDIS sneaks a peek into an office. Who did it belong to? 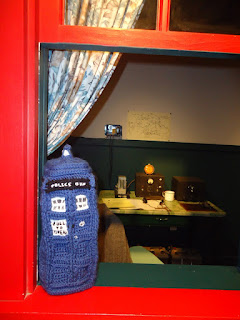 I almost jumped out of my skin when this clock went off at 4pm, which, according to this picture, is in less than a minute. 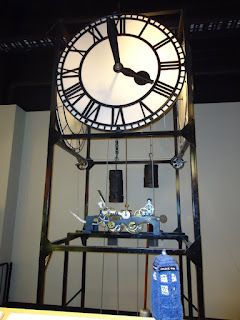 After all the fires last week, it’s good to know that there a fire tower to help spot them!

This picture makes me think of the first episode with the Ood. The one with the black hole and everything burning. 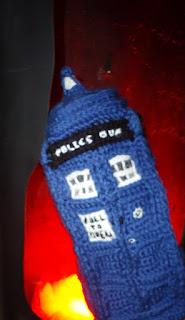 The TARDIS is going to catch on fire! I don’t remember how I got it to hover in mid-air… but it looks pretty cool! 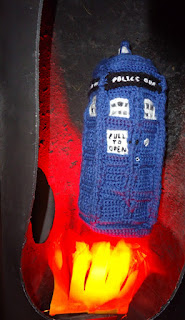 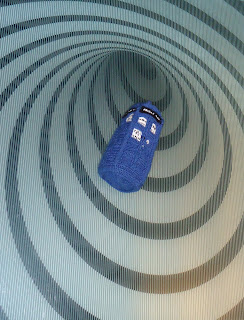 In memory of my Uncle Bill who passed away very suddenly from a heart attack yesterday. We love you to the moon and back. You will be severely missed. :'( 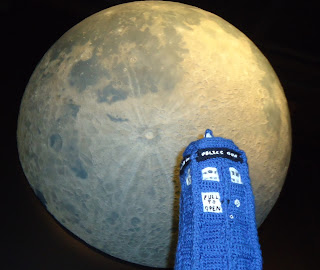 The train conductor had engine trouble – good thing the Doctor was around to help out! 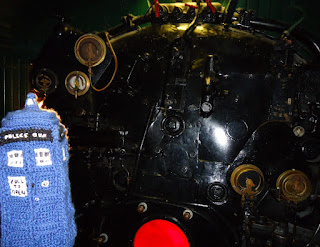 The TARDIS wanted to try riding on an old fashioned bicycle. I did too – it was really weird! 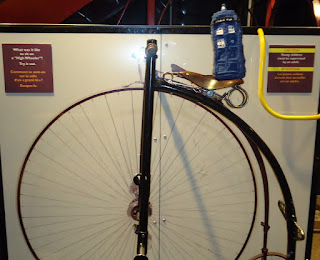